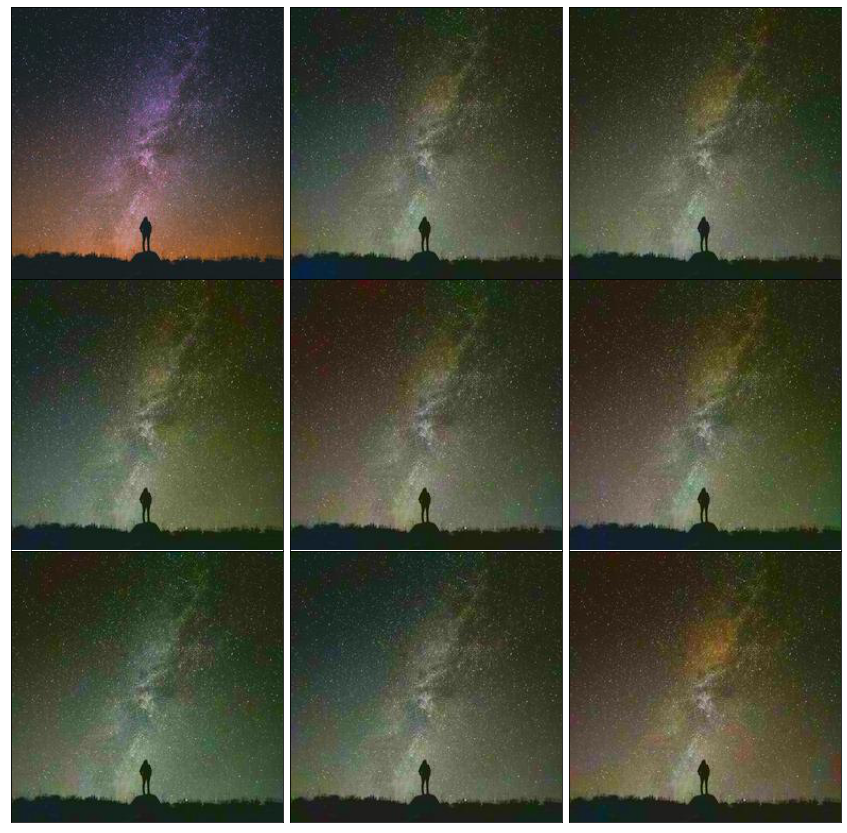 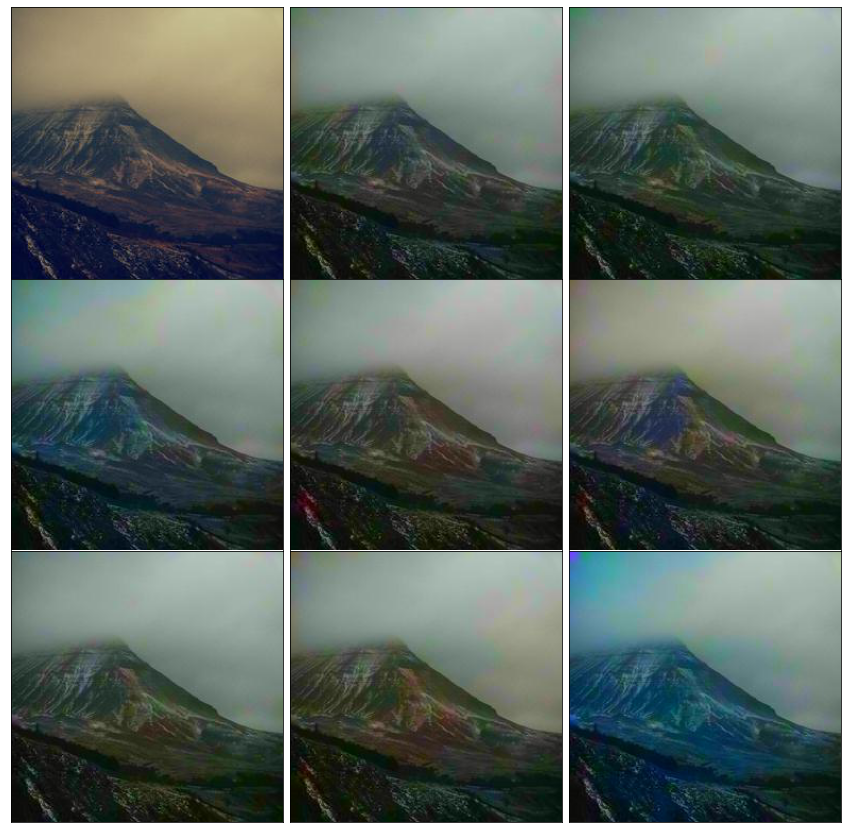 The last Image got extra saturated with blue color, which is not natural for mountains. 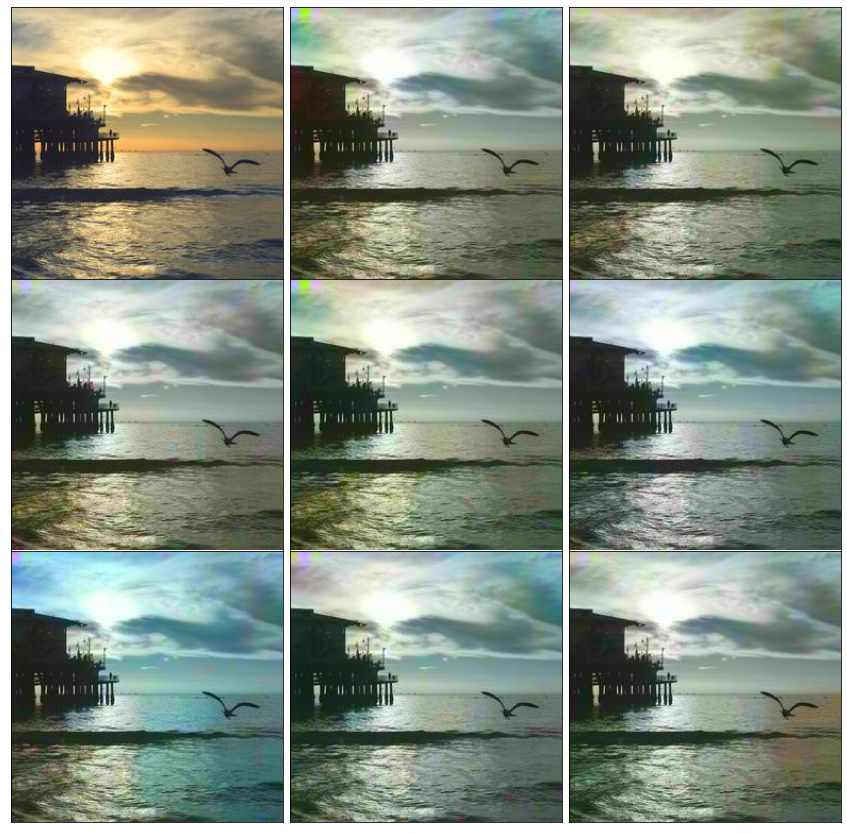 In some images, artifacts of green or pink color can be observed at the top left 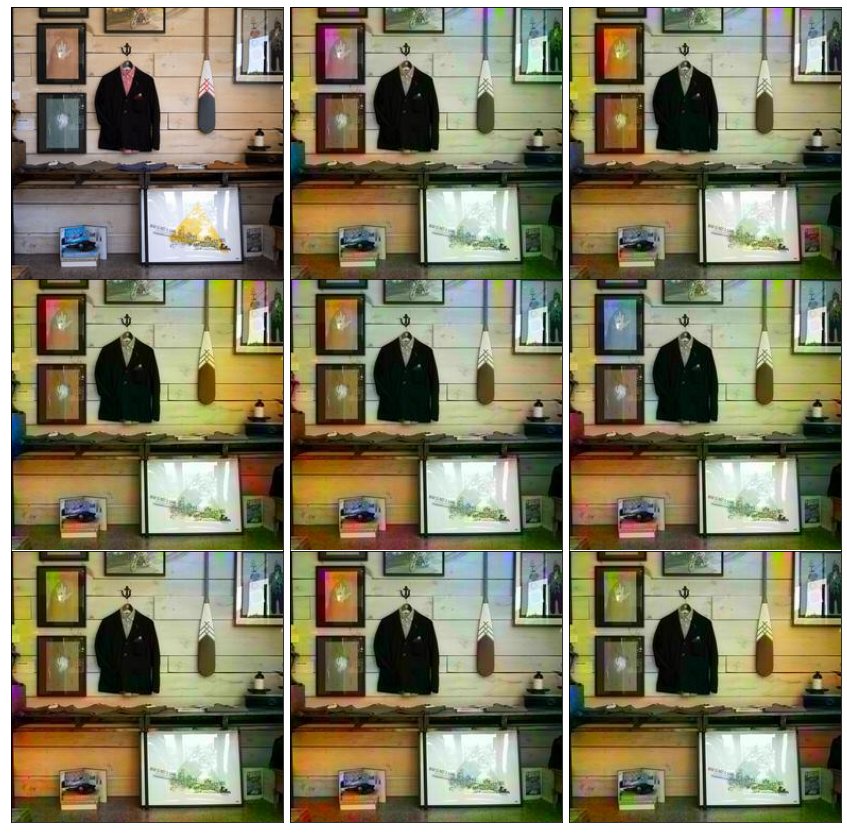 Even though the generation quality is not at par in complex images, but can still observe a variety of colors on the wall frame. 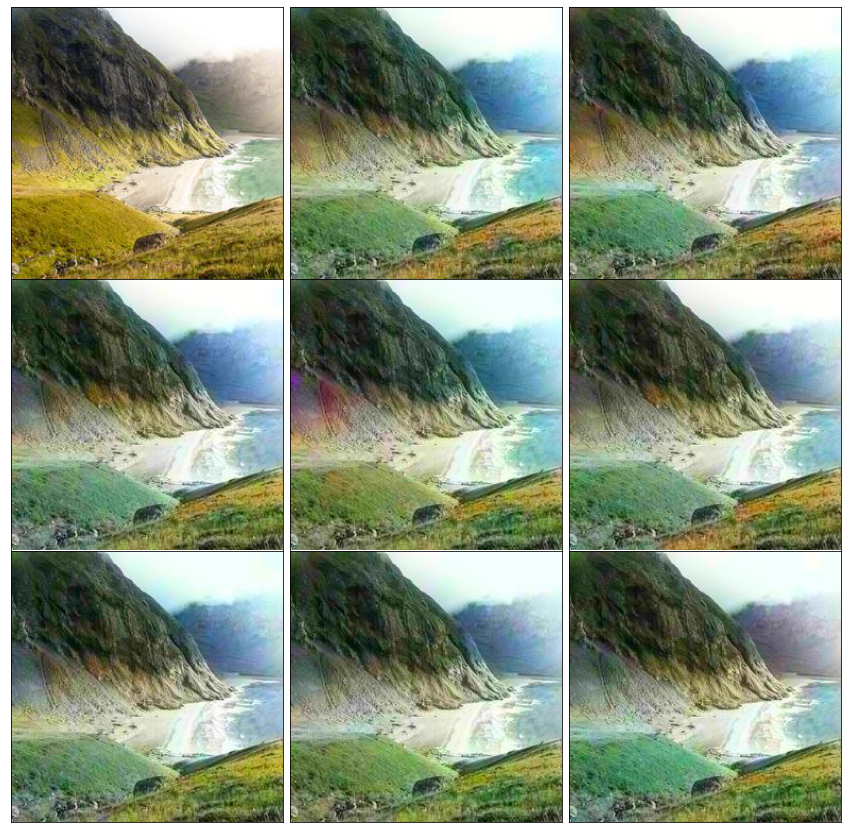 Few artifacts are present at certain location, because of extrapolation of color output from 32x32 to 256x256 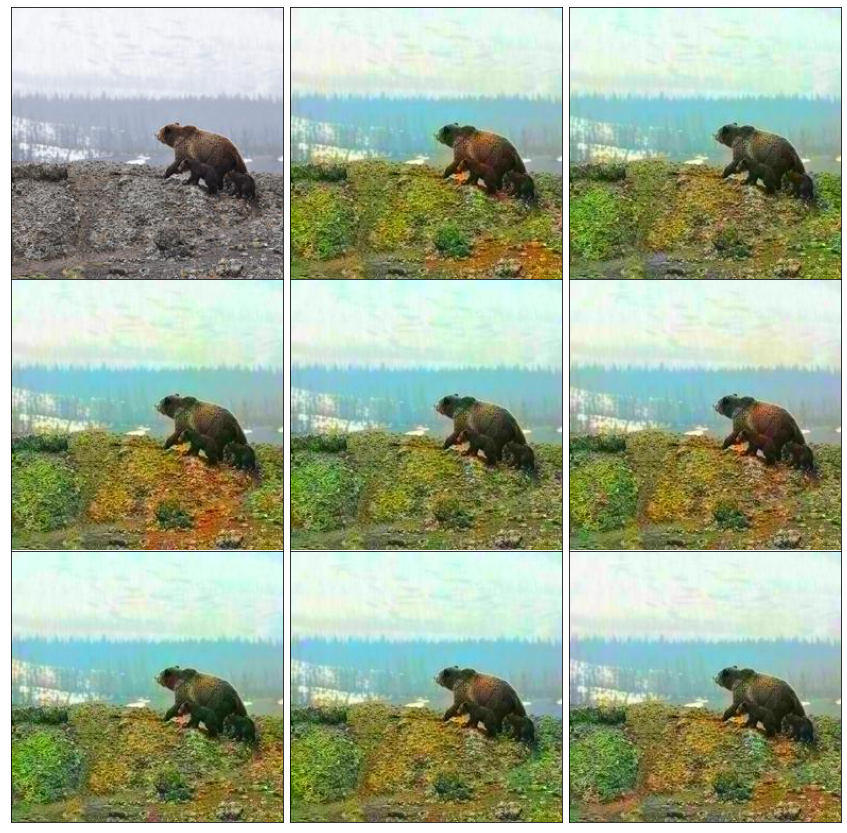 Highlights green biasness towards the lower portion of the image (surface) and blue towards the upper (sky, but in this case, we have trees) 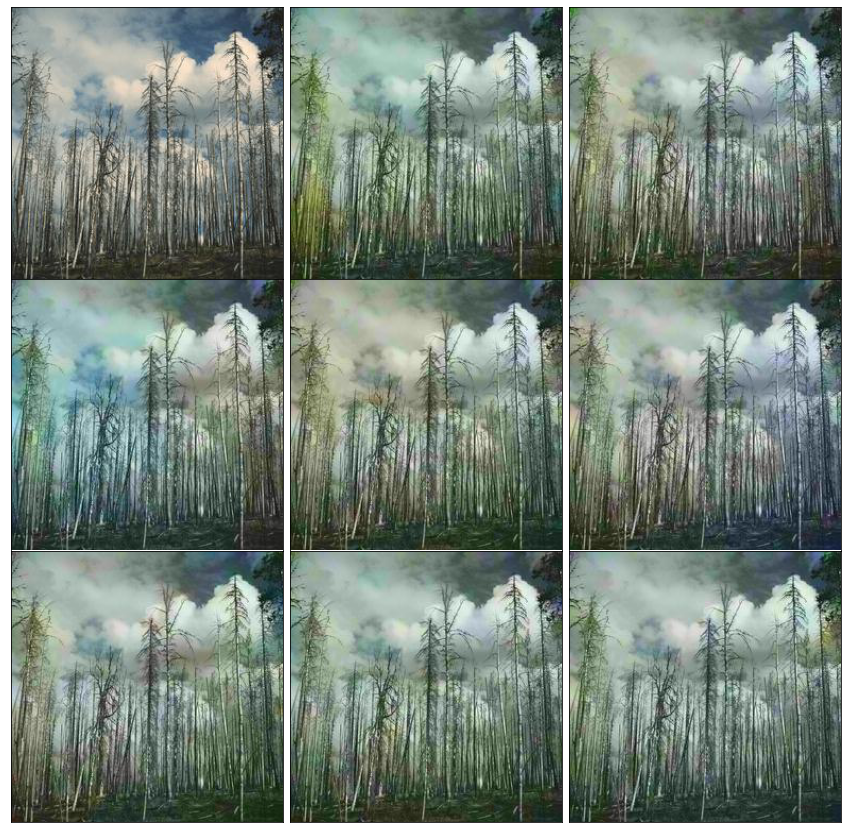 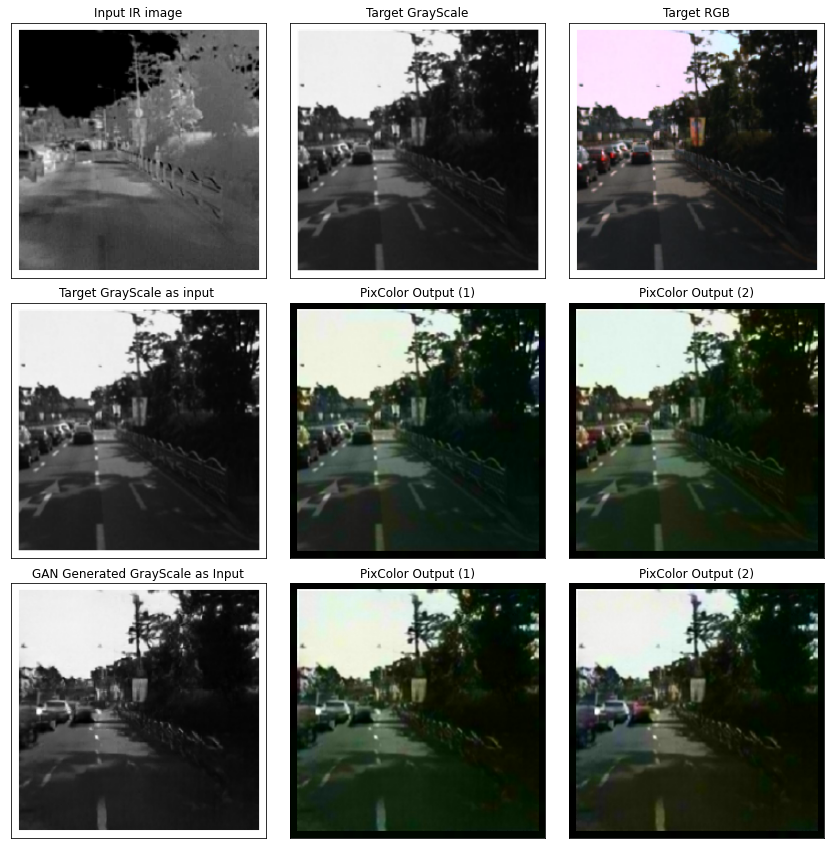 Example 2: I.R. to RGB, Image Description is at the top of every image 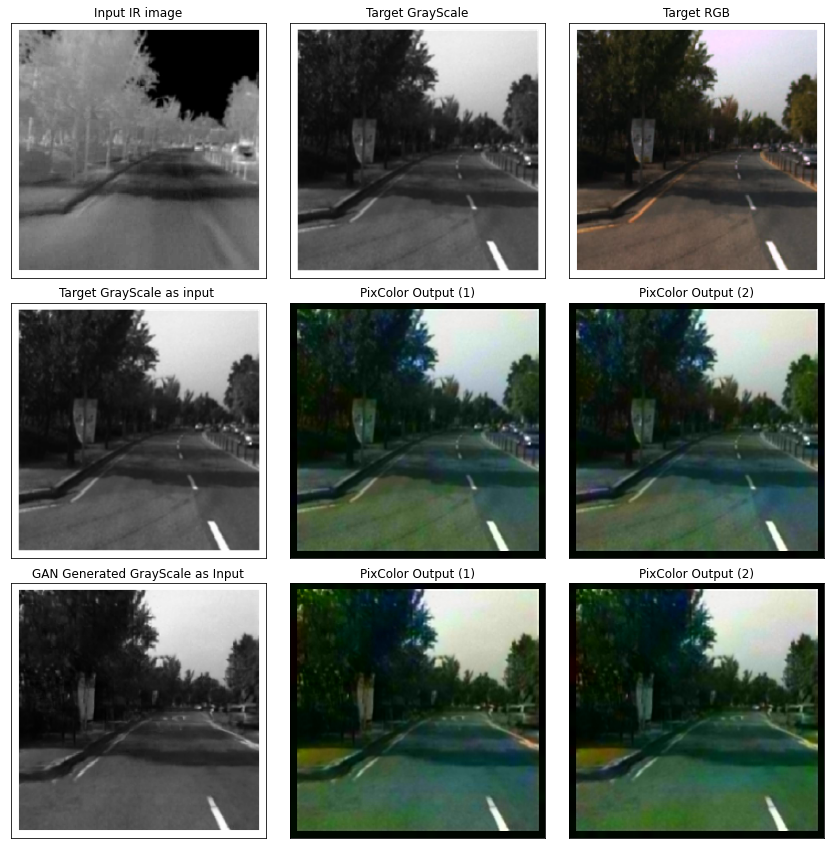 Colors are lacking contrast because PixColor was not finetuned on the Road's I.R. dataset 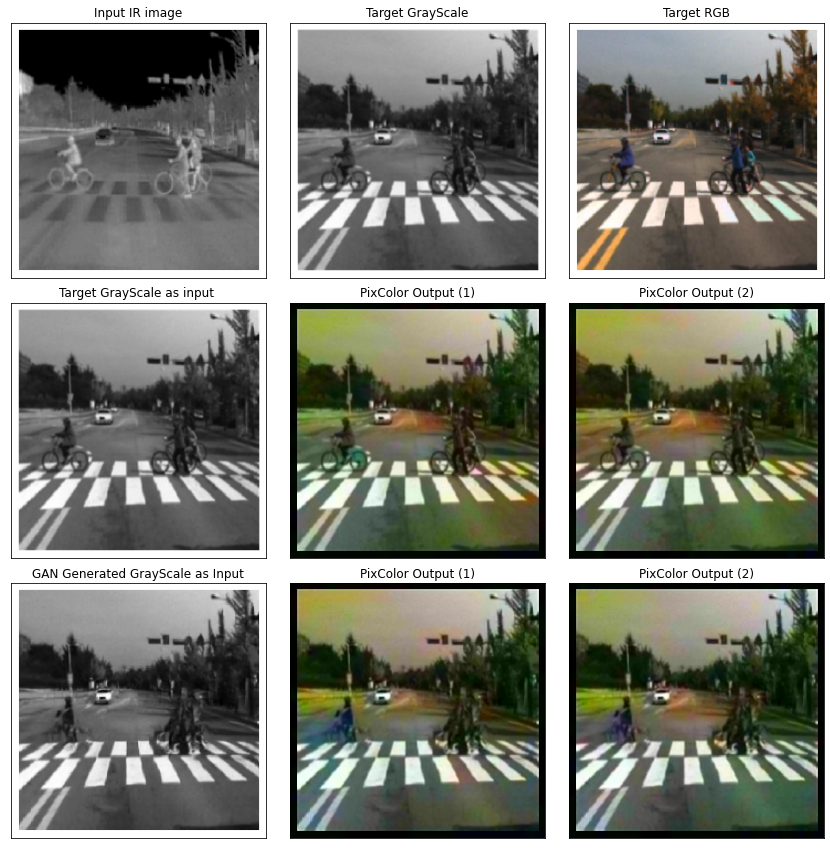 ImageGAN was not able to generate rims of the first cycle, and other cycles 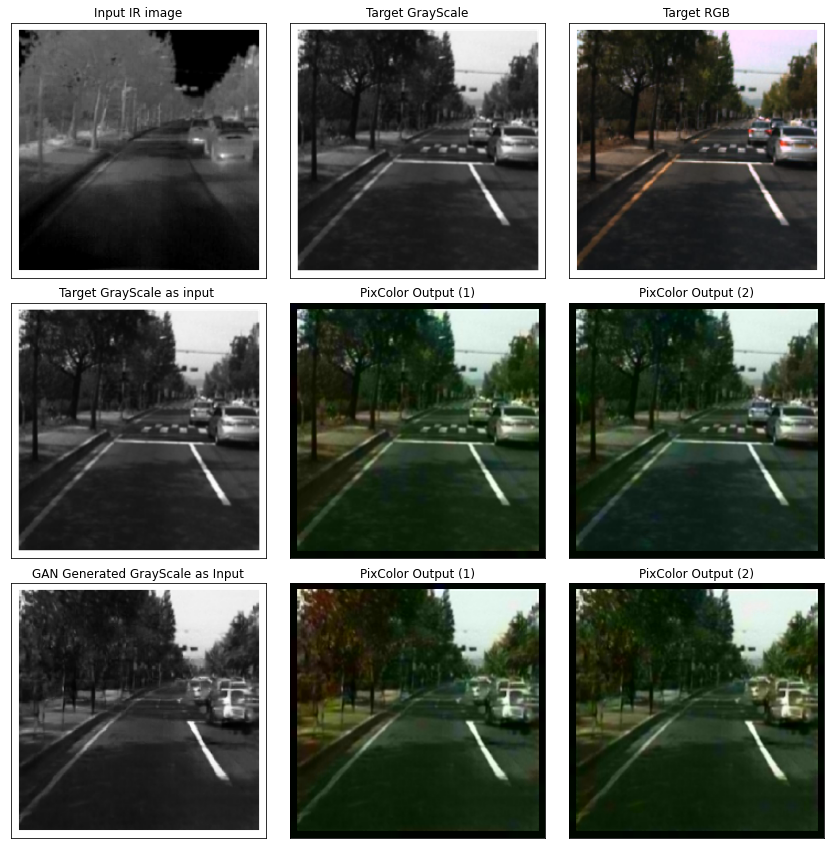 ImageGAN mixed up the cars, mainly because of computation limitation during training 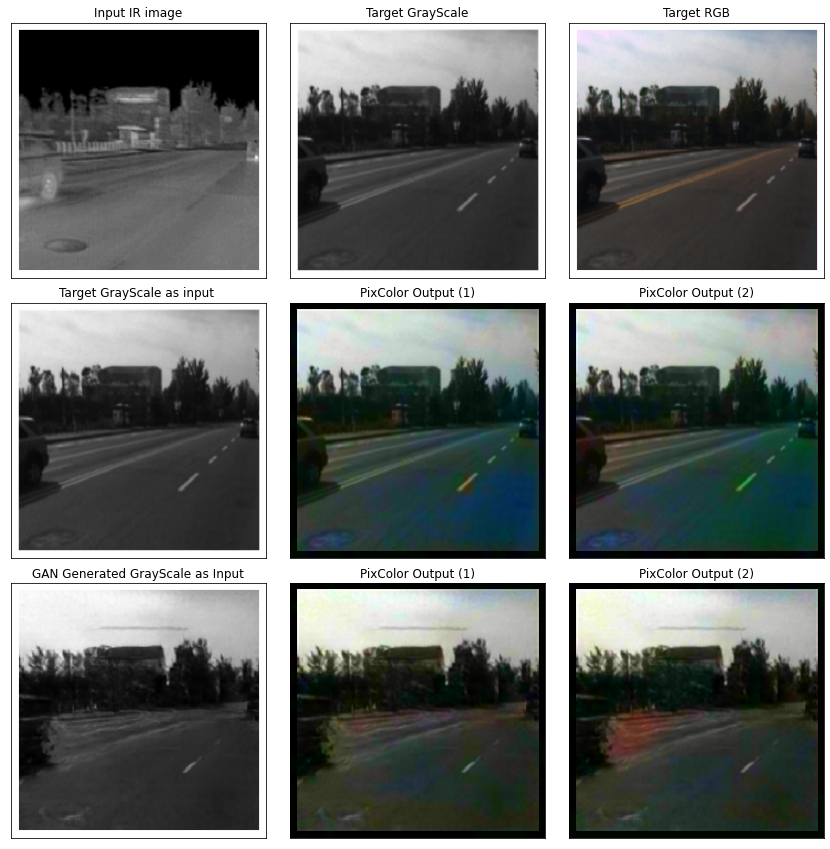 PixColor generated a hue of red in the portion of the car which ImageGAN could not generate, just like it did with the cycle
Previous Next

Given a grayscale image, it is a daunting task, even for a human, to visualize it in color. See Figure 1 for examples. However, a human may try to find semantic clues like texture and world knowledge to assign colors to objects. For example, the grass is mostly green, or the sky is mostly blue. But these clues may also fail sometimes, as shown in Figure 1(middle). Thus, in this work, the focus was on assigning a plausible set of colors to the Image, which may or may not be the same as the ground truth.

The primary motivation behind pursuing this problem was that many images do not have color information. Also, the problem of Colorization is self-supervised and does not require a pair-wise dataset.

The aim is to solve it in generative fashion, such that if we feed the same grayscale Image to the network k times, it may generate different output each time. A generative network’s benefit is that it may color the cloth’s stripes (Figure 2), gray or red.

Fig:2 Plants in the left Image are entirely green, not in the right

The solution is based on PixColor, which is state of the art autoregressive generative neural networks for Colorization, i.e., the output of $i^{th}$ pixel is not just conditioned on the latent representation of the grayscale Image, X but also on the previous outputs, $[i-t, i-t+1, i-t+2\ …\ i-1]$ where t denotes the receptive field.

Given $X \in [H, W]$, we first extracts the features $Y_1$ using Resnet-101 of size $[\frac{H}{4}, \frac{W}{4}, 1024]$. These features are then passed into an adaption network and use three convolution layers to adapt the features required by pixelcnn. The output from the adaption network is of size $[\frac{H}{4}, \frac{W}{4}, 64]$, and is fed into conditional pixelcnn. It masks the weights of a convolutional layer to prohibit pixel $x_i$ from using any information about the future samples $(x_{i+1:N})$.

Training is the same as that of any other end-to-end trainable architecture (as ground truth data was used under teacher training mechanism), but during testing, for each pixel $i$, the class is sampled from a multinomial distribution defined by the softmax output of the network. 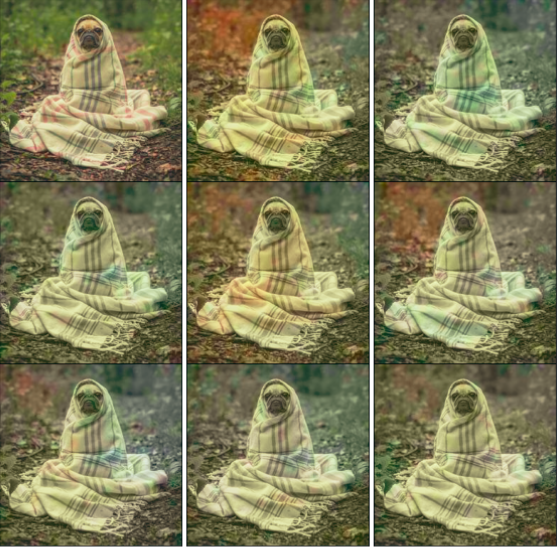 The first seven images in carousal(at the top) are the PixColor algorithm results with key insights from each of the Images.

I decided to continue working on image colorization during my next semester, focusing on ​reducing the artifacts and ​improving larger objects’ coloring​. The output from pixelcnn is given to a fully convolutional network, acting as a denoiser, inspired by Tacotron, a source synthesis architecture.

Fig:4 Correction of Green Artifact as shown in left Image

After that, my professor suggested applying image colorization on I.R. images. In applications under low lighting, I.R. cameras come in handy, but interpreting I.R. images is not straightforward for a human, and hence translating to RGB improves its understandability. I.R. images introduced two challenges, i) it is no longer a self-supervised task and requires a parallel dataset, ii) it is computationally expensive since with grayscale images, we can learn the color information at less spatial resolution(Figure 5-middle) and upscale it, with minimal impact on visual quality but with I.R. images, we need to learn Luminicance too(Figure 5-bottom).

For I.R. to RGB, I did not directly use PixelColor to generate color images but first used ImageGAN with wassterin loss. It ended up being blurry because we were averaging the loss over all of the pixels (Table - 1).

Table:1 Blurry Output when GAN’s are not used

An I.R. image is first passed through GAN, which generates grayscale output followed by PixColor for sampling RGB from the generated grayscale.

The ImageGAN model produced close to ground truth for many situations (Table 2 first four rows). Still, the model’s performance deteriorated when uncommon objects were present in the I.R. image, like a person on the cycle or person themselves, highlighting the importance of richer data sources.

The last five images in carousal(at the top) are the results of the I.R. to color algorithm with key insights from each of the Images.

The ADE20K scene parsing dataset was used for PixColor training; it has 20K training and 1.5k validation samples. Also, there was a pretrained resnet101 network, which helped speed up the training process. For I.R. to RGB translation, the kaist multispectral benchmark was used. It is divided into multiple files, with each file consisting of over 10000 images, but it lacks the spatial resolution. I tested six different datasets that have pair-wise I.R. and RGB images and found it to be most aligned.

PixColor was trained for 50 epochs, in 100% teacher-training mechanism, i.e. during training pixelcnn autoregressive considers ground truth samples as previous t inputs. The ImageGAN was trained for 150 epochs, I stopped after 150 epochs due to computation constraints. Evaluating generative models is very hard, that’s why I tested the color distribution generated by the PixColor and observed biases towards the brown color which was present in the ADE20k data itself. 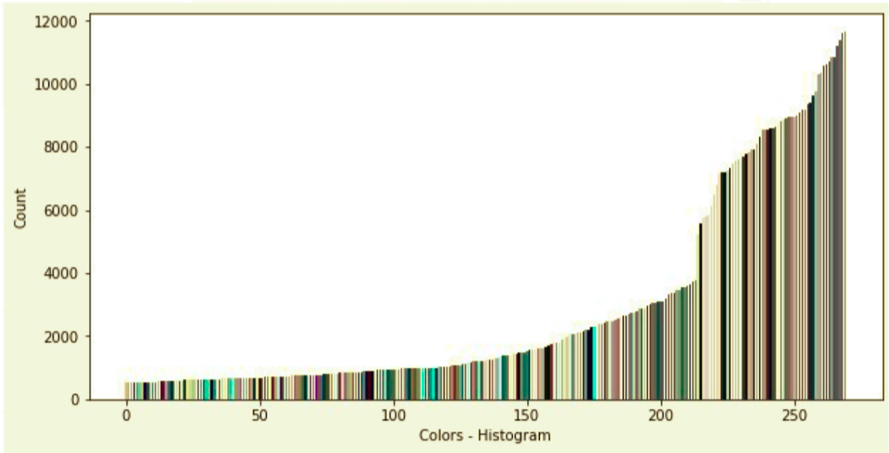 Currently, I am studying more about GANs to train them effectively with fewer data points, if you have any questions or suggestion, please let me know on Twitter or instagram.